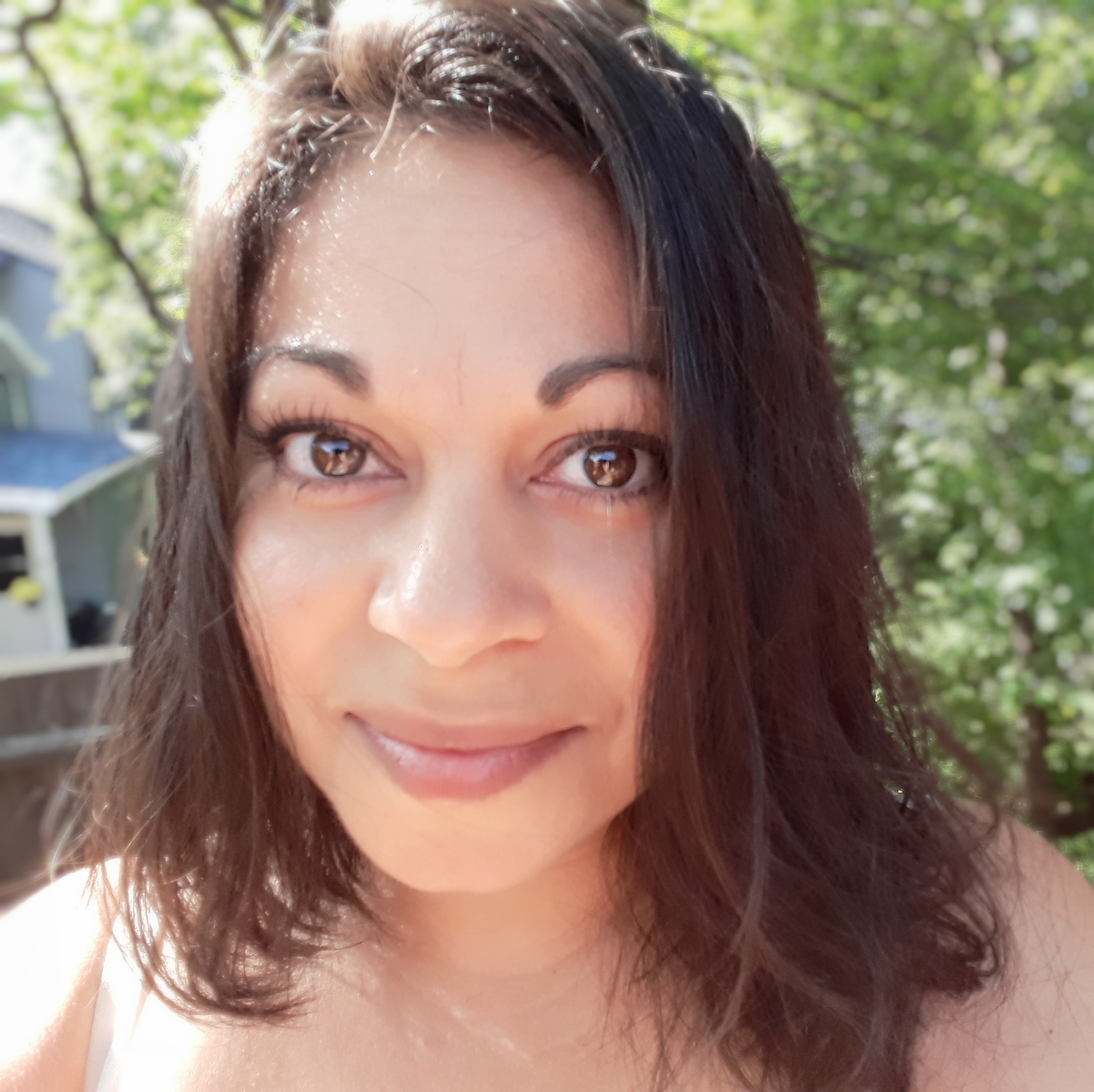 Vegan Food is Boring, Expensive and Takes Ages to Cook

Recently I conducted a survey to see what people thought of a vegan diet, this was how some people viewed vegan food. 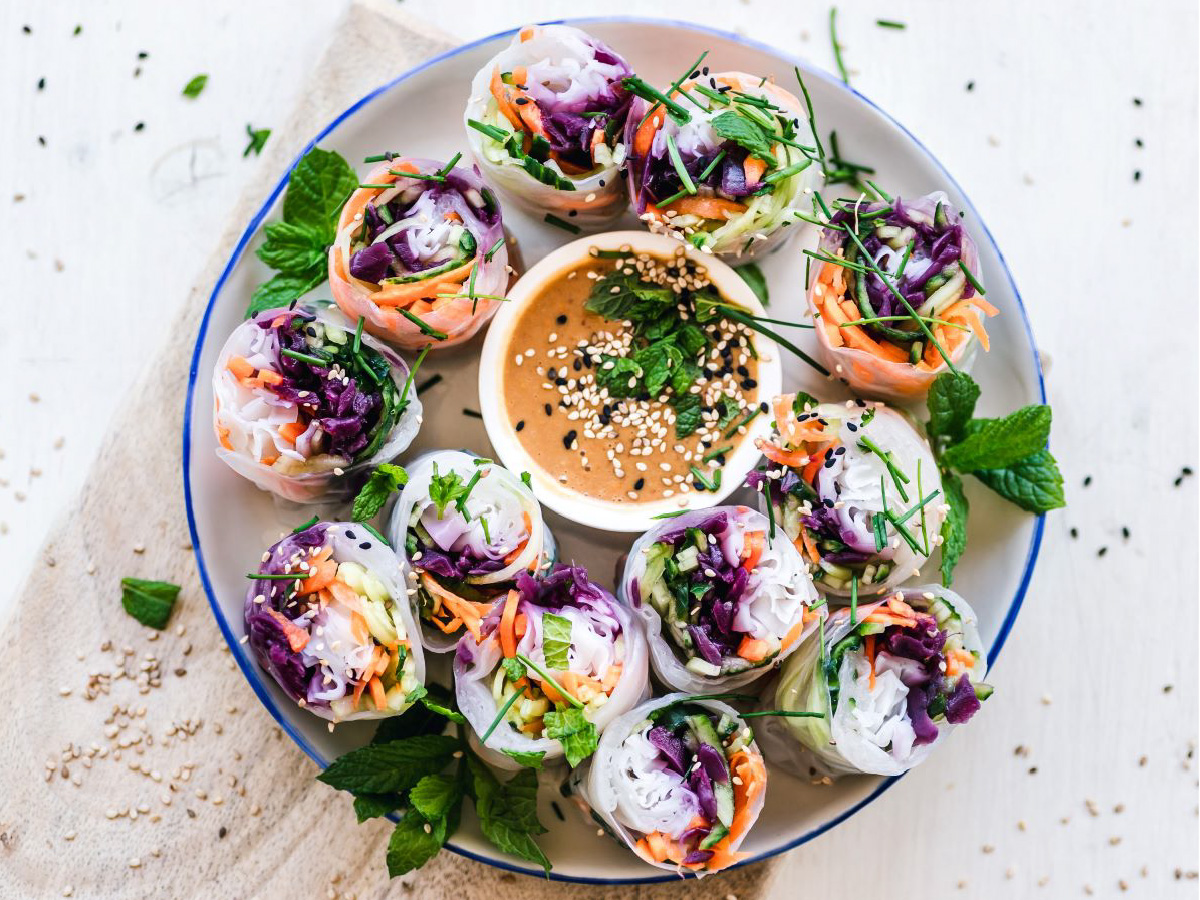 Vegan food is tasteless and can’t compare to meat. Veg is just the accompaniment to meat and dairy. 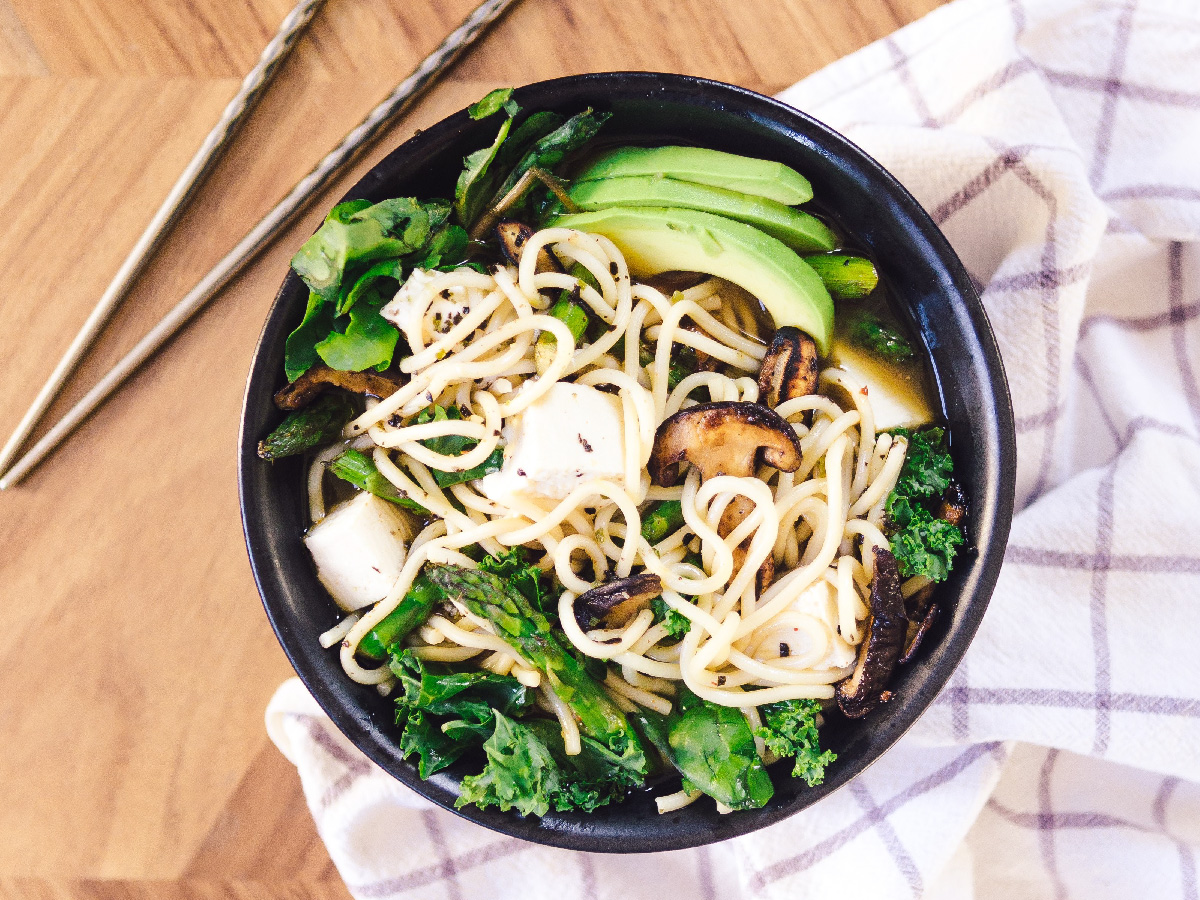 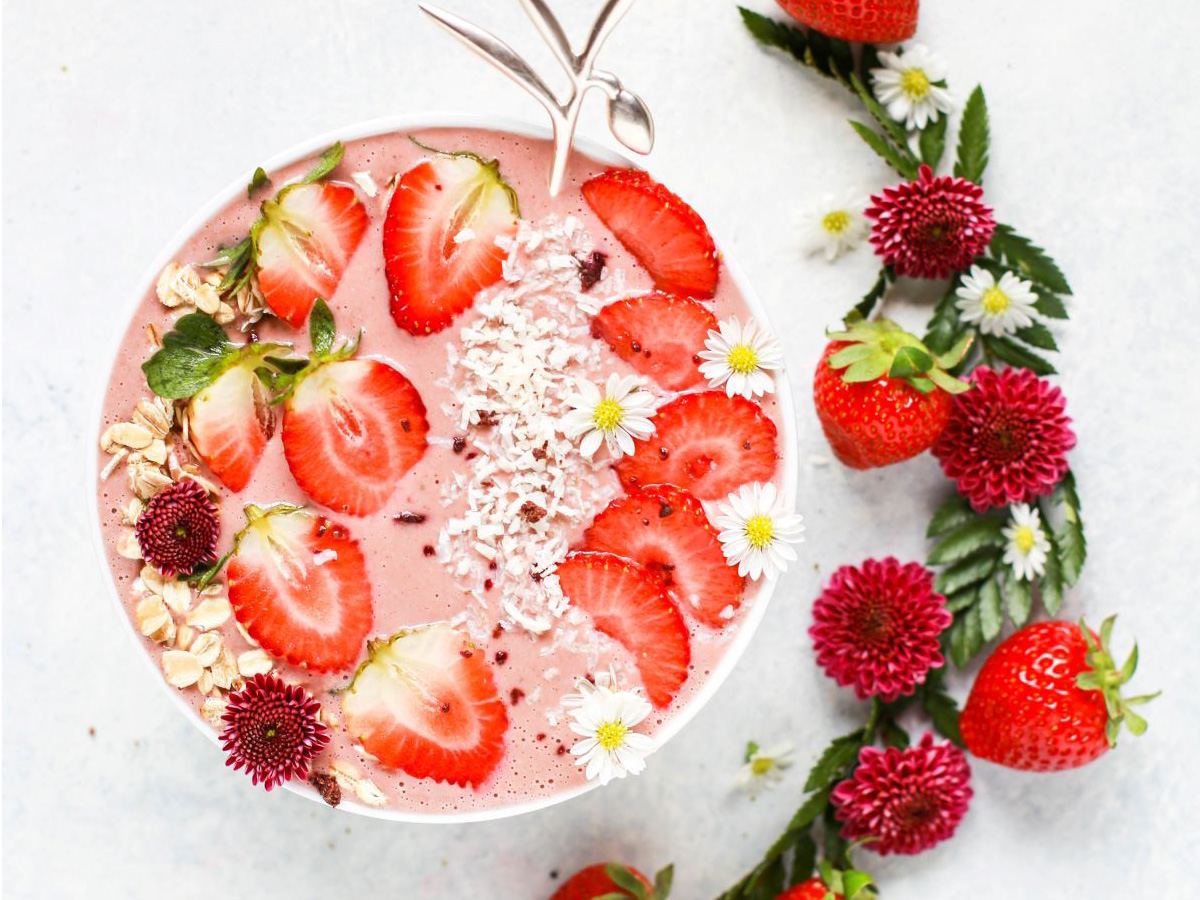 Life is short and time is precious. Who has the time these days to cook vegan food?

Life has taught me that there are always two sides to any argument, and for the statement above, the same holds true. As I take a look at each opinion, and unveil my take on each point, I’d love to hear what you have to say. Do you agree, disagree or see another viewpoint or reasoning that should be considered? Please enter your comments at the bottom, or send me a message.

If I boiled a potato or fish fillet and added no seasoning or other flavouring, I’m sure that most people would think that sounds boring. And yet this is how many of us treat vegetables and other plant-based foods. I think you’d agree with me that, for sure, vegan food can be boring, like most things if not treated with a bit of TLC. I mean, no-one wants a plain salad with flavourless lettuce, a bit of cucumber and tomato (I feel like I’m back in the 90’s just thinking about that!). I don’t know about you, but I’d much rather have a Japanese-inspired bowl filled with savoury quinoa, crispy tofu, sliced avocado, edamame beans, roasted butternut squash, crunchy greens and a maple-soy dressing.

So, what can be done about this and why does vegan food sound boring? Other than the lack of TLC as mentioned above, I think it runs deeper. It’s our culture. We haven’t been taught to cook vegan food properly from our parents, so how are we expected to know what to do with kale or a courgette or bell pepper? Then there’s the element of eating out, where surely the chefs are trained and know what to do with plants? Unfortunately chefs aren’t trained as much as we’d like to think they would be in plant-based food, and even if they do know what to do with a stick of asparagus, they’ve probably covered it in butter.

However, times are changing. It is a different experience wherever you go in the world, but the places I’ve been to recently have offered more choice in the last couple of years. Here in Quebec City, for example, they’ve opened up three vegan restaurants in the last 10 months. And this is a place where they love their meat and cheese. In the UK, I can go to most restaurants and pubs and there’s something on offer.

This is entirely anecdotal, but I found, that I enjoyed mealtimes more once I started cooking vegan food; more than I had at any time in my life. That took me completely by surprise. Maybe because it was new and different or because I was using extra flavours (herbs, spices, sauces), or following tried and tested recipes, I couldn’t tell you for sure. But, I soon discovered vegan food is tasty, really tasty and doesn’t need to be boring at all!

In the past few years, I’ve heard quite a few omnivores say that they wouldn’t be able to afford vegan food because it’s just so expensive. This was also the feedback I received following my recent questionnaire. I have to admit that before I went vegan, I hadn’t thought this myself – but then I didn’t know a huge amount about the diet at that time. I just thought, tinned beans and vegetables were way cheaper than meat and dairy. But of course, as we know, there are always two sides to a story.

So, let’s look at the facts. What are the expenses on both sides? For meat, fish and dairy lovers, most fresh meat is going to be relatively expensive, although of course you don’t have to purchase the finest beef steak. I often used to purchase minced meat and this is around the same price as a large pack of tofu, which I use to crumble as a Tofu Scramble or Lime Tofu with Toasted Coconut Cashew Rice. Cheese can be pretty pricey too, although there’s always a budget option to be found.

So let’s move on to plant-based foods; we know there can be expensive options here too! Plant-based milk is one of them, and in comparison to dairy milk, is often more expensive. This is usually due to the high subsidises the dairy industry recieves and supermarkets usually selling at a loss to entice you in to their stores, making the real cost unknown.

But what about the fake meats and cheeses that are making their way into our local supermarkets these days? Some fake meats are still cheaper than their meat equivilent, but there many other expensive alternatives out there. And when it comes to plant-based cheeses, then you are very likely to pay more and sometimes double a dairy equivilent!

So how do you win when it looks as though the prices are against you? When lots of recipes include nuts and seeds and new ingredients?

Here’s how. Start with your basic flaourings. Basic herbs, spices, miso paste and nutritional yeast. Buy nuts and seeds in bulk. (In the UK, I would stock up at Asian supermarkets and in North America I head to Costco). Eat fake meats and cheeses as a treat if you do want them and consider making your own cheese (many are super quick and easy). Eat beans and pulses. Even tins are far cheaper than meat for getting your protein and vital nutrients; and if you’ve got a pressure cooker, why not cook up your own beans and freeze them so that you always have a stock pile of different varities?

I’ll be the first to put my hand up and admit that I do purchase fake meats and cheeses and buy nuts and seeds but I am still spending 30% less every week and I know people who spend 75% less since they’ve been vegan. However, you could spend more if you lived on fake meats and ready meals each day, so the choice is completely yours.

Lastly, I just want to briefly mention eating out. On my travels (and from living in the UK and Canada), I have found that it is usually cheaper to eat out as a vegan. However, watch out for those restaurants who will charge extra for items such as vegan cheese or just because plant-based eating is currently ‘fashionable.’ These dishes can sometimes be priced at a premium, and maybe it’s best to avoid those just so we can make a stand to say that plant-based eating should be cheaper. You only have to look around the world at the poorest people in the poorest countries, becuase it’s not meat and dairy that they’re consuming on a daily basis. Just a little food for thought.

If you still think vegan is too expensive to maintain on a regular basis, or you’ve started to spend more money now that you’re on a plant-based diet, please do let me know in the comments or message me and we can discuss how to reduce your costs so that you can be a #veganwinner.

This, I know from experience can certainly be true, but I have discovered over time that it doesn’t have to be like this. When I first started out, I spent a lot of time researching recipes and changing them to suit my dietary requirements! Everything took much longer than normal. I realised that I was learning a new style of cooking, and that in itself took more time and effort.

But, as time went by, I realised that there are ways to get around this, so that it doesn’t impact your life and become a daily burden.

Vegan cheat no.1: Cook in bulk. It doesn’t take much longer to make one lasagne as it does to make two. So, make two and freeze the second one. Same goes for lunches, whether it’s a salad or sandwich make up the main ingredients (such as grating carrots, roasting a few cubed sweet potatoes or mixing up a chickpea sandwich filling) pop them into sealed containers in the fridge and then you can whip the ingredients together in the morning or evening before. Sauces and curries are also an great ones to bulk up on and will last for 3 months in the freezer.

Vegan cheat no.2: Invest in a food processor and spiraliser that will cut your vegetables easily for you. No-one likes standing by the work top chopping, grating and dicing vegetables, especially when it’s a weekday and the kids are already screaming. Make life easier for yourself.

Vegan cheat no.3: Cook ahead. Don’t wait for your busy week to start cooking, start at the weekend. There’s nothing worse than coming home, tired and exhausted and not having anything to eat or realising it’s going to take half an hour or more to pull something together. What if you made a huge ragu mix and then all you’d need to do is throw a jacket potato into the microwave or oven or cook up some pasta? Breakfast is another good one to have prepared because we’re all running around in the morning. What about making overnight oats the evening before and making enough for a couple of days?

Vegan cheat no.4: Take the stress out of researching recipes by checking out our carefully created Vegan Inspire recipes. We have created a stock of go-to recipes which are quick, easy and tasty and suitable for the whole family. Because, life is hard enough, being vegan doesn’t need to add to your daily burden. You can discover these in the recipe section here.

If you are looking for more ideas or top tips to make vegan eating easier, let me know in the comments or message me here.

What do you think?

Everyone’s experience is different towards transitioning to a vegan diet. What have you found hard and how have you got around those things. If you have any vegan cheats to share with other readers, it would be great to hear from you in the comments section below. 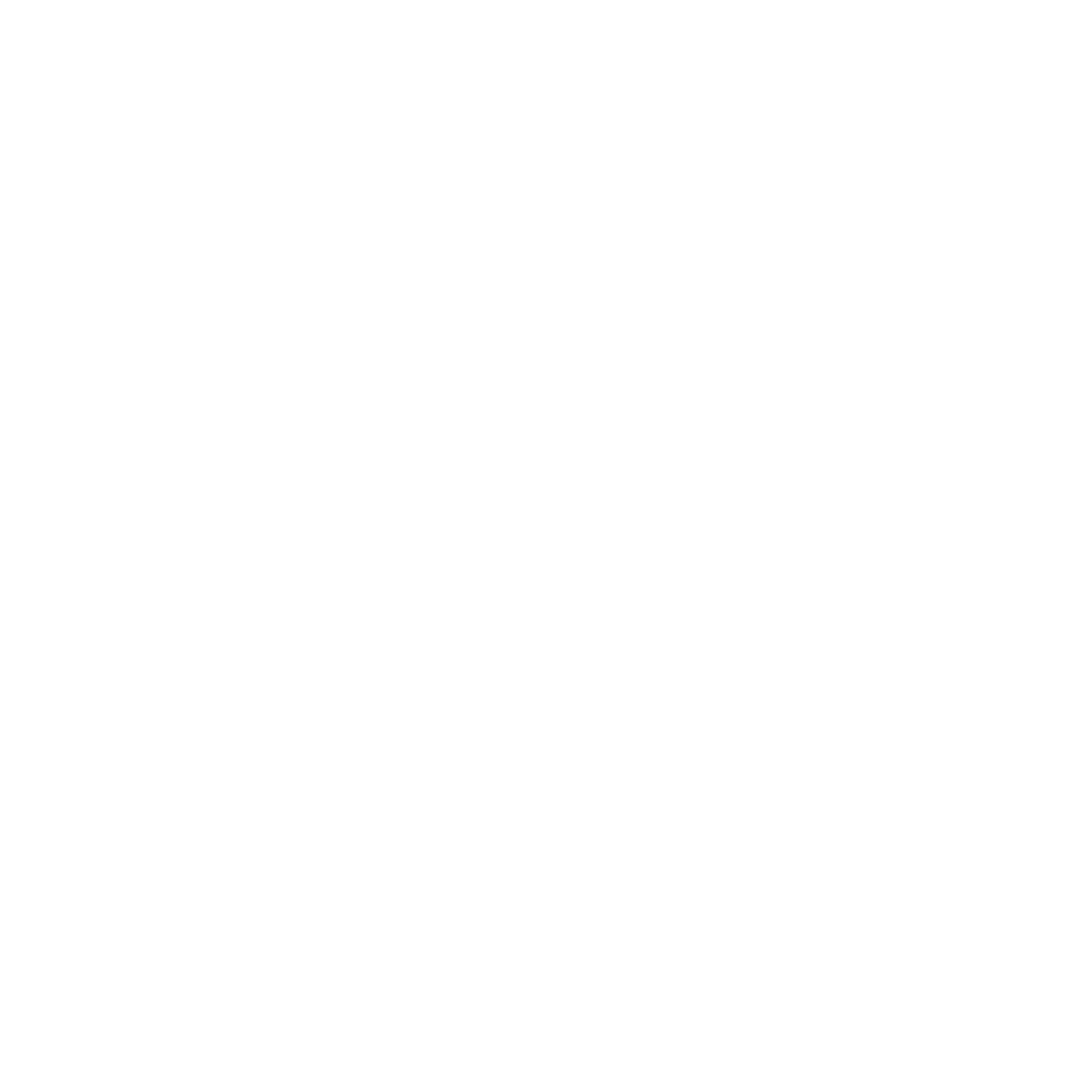 Hi! I'm Hazel, the blogger, recipe developer, photographer and founder of Vegan Inspire! I'm here to help you in your journey whether you're just thinking about eating more plant-based food or you've been a vegan for a while and are looking for some inspiration. 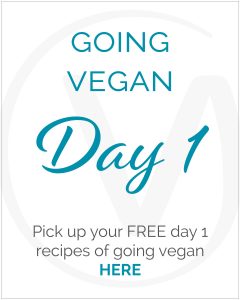 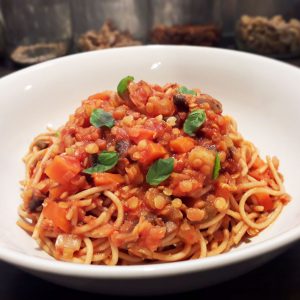 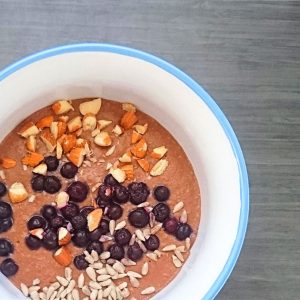 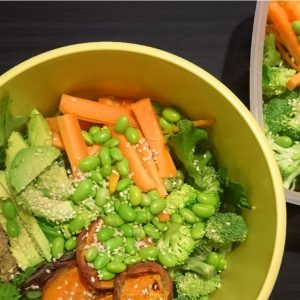 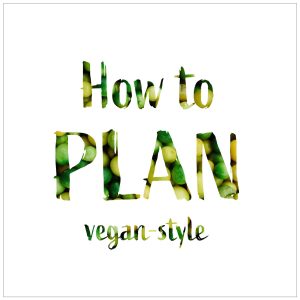 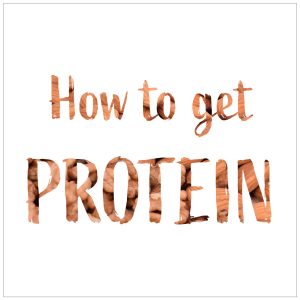 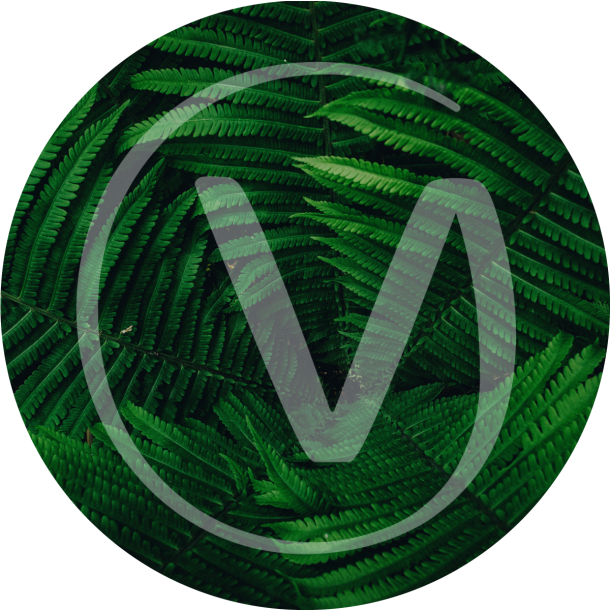 Receive your 1st day meal plan to get started on your vegan journey.

Welcome to the Vegan Inspire club! Look out for our next vegan inspiration dropping your way soon!

Any cookies that may not be particularly necessary for the website to function and is used specifically to collect user personal data via analytics, ads, other embedded contents are termed as non-necessary cookies. It is mandatory to procure user consent prior to running these cookies on your website. 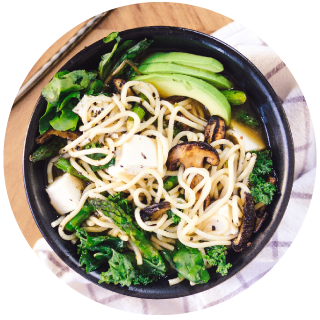 Welcome to the Vegan Inspire club! Look out for our next vegan inspiration dropping your way soon!